The Caliber Group was honored with four ADDY awards for their work on behalf of their clients at the 32nd Annual ADDY® Awards, hosted by the Tucson Advertising Federation.

In an effort to exceed client expectations and needs, the Caliber Group has increased its knowledge and practice of interactive marketing. Caliber’s team of branding and interactive specialists have put their decades of experience and innovative creativity to use for clients, increasing online presence and brand awareness through website design and development.

The Caliber Group was honored with a Leadership Award for their contribution to rebranding of Valley Forward at its 43rd Annual Luncheon, where leaders officially announced the launch of a statewide mission of environmental quality and new the operating name, Arizona Forward.

The Caliber Group earned a MARCOM Gold award for its work on the ChefsBest® campaign in the 2012 MARCOM Awards. The campaign was judged by industry professionals, among more than 6,000 entries. The Gold Award is given to entries found to exceed high industry standard and was presented to just 18 percent of the total competitors.

The Caliber Group received an Award of Merit from the 29th Annual Healthcare Advertising Awards for its redesign of the HTG Molecular website.

The Caliber Group earned a Bronze award for its work on the ChefsBest® campaign at the 31st Annual ADDY® Awards, hosted by the Tucson Advertising Federation. 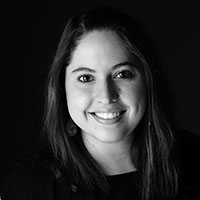 The Caliber Group has hired Jessica Kuen as a designer and interactive specialist.

Linda Welter Cohen and Kerry Stratford, principals of The Caliber Group, were selected for the 2010-2011 Tucson Leader Award.

American Advertising Federation Tucson (AAF Tucson) has elected the 2011/2012 Board of Directors.

Contact us for help communicating with your stakeholders, managing this crisis, or preparing your business contingency plan.